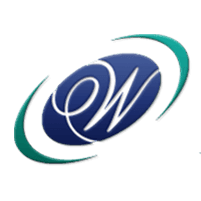 Uterine fibroids are the most common non-cancerous tumors found in women’s reproductive systems. The expert obstetricians and gynecologists at Capital Women’s Care diagnose and treat fibroids at their locations in Laurel and Silver Spring, Maryland. If you think you may have fibroids, call or book an appointment online.

Fibroids are muscular growths, or tumors, that grow in the uterus. These tumors are almost always noncancerous and may not cause symptoms. Fibroids can range from the size of a pea to a grapefruit. In some cases, they can grow even larger and cause abdominal swelling.

You can have one fibroid or many of varying sizes. Fibroids can develop inside the uterus, within the uterine wall, or on its outer surface.

What are the Symptoms of Fibroids?

Most fibroids don’t cause any symptoms. Women who do suffer from fibroid symptoms may find them hard to live with. When symptoms of fibroids do occur, they may include:

Fibroids are extremely common. Experts estimate as many as 20-80% of women develop at least one fibroid by the time they reach age 50. Since fibroids typically don’t cause symptoms, many women may not know they have them.

Women who develop fibroids usually get them between the ages of 30-40, but women can get them at any time. After menopause, fibroids typically shrink.

How Do You Diagnose and Treat Fibroids?

Your provider at Capital Women’s Care may detect the first signs of fibroids during a routine pelvic exam at your well-woman visit. If they suspect you have fibroids, they may take additional tests, such as an ultrasound.

Sometimes, minimally invasive surgery, such as a laparoscopy or a hysteroscopy, is necessary to confirm a diagnosis of uterine fibroids.

Then, they will create an individualized treatment plan based on your needs. For mild fibroid symptoms, they may recommend over-the-counter pain medication or prescribe birth control.

Moderate to severe fibroids symptoms may require surgery, such as:

If you have symptoms of fibroids, don’t hesitate to call Capital Women’s Care or book an appointment online.

Our experienced physicians, midwives, and physician assistants provide a full range of gynecology and obstetric services, including: